Pierre Perrone in The Independent, 28 February 2007 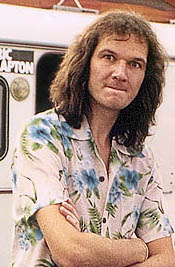 One of the drummers most in demand in the rock era, Wallace could play any style of music, from rockabilly to jazz, and demonstrated his versatility when appearing on over 100 albums by the likes of Badfinger, Billy Burnette, Larry Coryell, Rodney Crowell, Johnny Hallyday, David Lindley, Stevie Nicks, Roy Orbison, the Quireboys, the Traveling Wilburys and Ron Wood.

Born in Bury, Lancashire, in 1946, Wallace was bitten by the rock'n'roll bug at an early age and formed the Jaguars, a four-piece beat group, with friends while still at Bury Grammar School. They played gigs around Bury and came across the Warriors, a six-piece band from neighbouring Accrington led by one Johnnie Anderson - who went to front Yes as Jon Anderson - and his older brother Tony.

Wallace had passed his GCE exams and got a job as a clerk with the NHS but, when the Warriors lost their drummer just after signing a recording contract with Decca in April 1964, and asked him to join them and turn professional, he jumped at the chance. They recorded one single entitled "You Came Along" and played gigs up and down the country and had long residencies at clubs in Germany and Denmark. "Six sets a night, every night, and nine on weekends. This is where I truly learnt to play the drums," recalled Wallace, who also spent several months in Copenhagen with Big Sound, a soul group from Manchester working throughout Scandinavia.

By 1968, he was back in the UK with Big Sound and living in cramped circumstances in London. "Six of us living in one room in the same house as some of Yes. I actually did a gig with Yes when their drummer at the time got sick, and they offered me the gig but I turned it down," said Wallace, who would later precede that very drummer, Bill Bruford, behind the kit in King Crimson.

In the late Sixties, Wallace backed chart acts such as Sandie Shaw, the Marbles, Billy J Kramer and Lou Christie and toured with the Bonzo Dog Doo-Dah Band and Viv Stanshall's Big Grunt:

Viv promptly had a nervous breakdown so I jumped ship and joined Neil Innes's band the World. We did one album, Lucky Planet, and were gigging when Robert Fripp asked me to join King Crimson.

After releasing their stunning In the Court of the Crimson King début and playing 80 concerts in 1969, the original line-up of King Crimson had broken up and Fripp and the lyricist Pete Sinfield had struggled to maintain any sort of cohesion through the next two albums, In the Wake of Poseidon and Lizards [sic]. In fact, King Crimson hadn't played live again until Fripp and saxophonist Mel Collins drafted Wallace and singer Boz Burrell - who picked up a bass guitar and never looked back, later joining Bad Company - to form the fourth incarnation of the group, which débuted with four gigs at the Zoom Club in Frankfurt in April 1971.

The following month, they toured the UK, and played Hyde Park in September, before going to the United States on two separate occasions, though the near-dictatorial behaviour of Fripp almost forced the other three musicians to walk out in January 1972, just after the release of Islands, the only studio album they recorded.

Wallace, Collins and Burrell did stay on for another three months but the tension between them and the band's leader can clearly be heard on Earthbound, the live album drawn from tapes of the US concerts they played in February, March and April 1972, which were recorded from the mixing board on a portable Ampex stereo cassette deck the drummer had bought. With Sinfield treating the group's live sound through a VCS3 synthesiser, the distorted version of 21st Century Schizoid Man in particular was a portent of grunge things to come, while Wallace's solo on Groon - processed via the VCS3 for effect - shows why Phil Collins would later name him as his favourite drummer.

"After the restraints were lifted whilst we continued to fulfil our contractual obligations," recalled Wallace, "Mel and I and Robert too, were able to fly off in all kinds of weird and wonderful directions, knowing that Boz wouldn't move, anchoring our base, allowing us to always be able to return to the One. That is an essential part of improvisation."

When Earthbound was eventually issued in June 1972, Wallace, Collins and Burrell had already joined Alexis Korner and Peter Thorup in Snape. For the next four years, the drummer freelanced with Korner, Alvin Lee, Labi Siffre, Streetwalkers and Steve Marriott's All Stars. 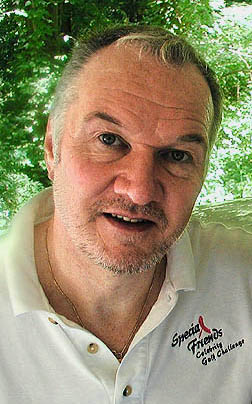 At the end of 1976, after finishing a US tour with Marriott, Wallace stayed on in Los Angeles to further his career. Told by Joan Baez's manager that Bob Dylan was auditioning drummers, he went along and got the gig, playing on the Street Legal album and touring with the singer-songwriter throughout 1978, an experience documented on the At Budokan live album issued the following year:

"It was a very hedonistic time. Bob hadn't quite found religion, it was the year before all that went down and we all partied hard! Plus we had our own plane in the States, and our own train in Europe. First class all the way."

Wallace had a second spell backing Dylan in the early Nineties and also drummed on the Traveling Wilburys' hit single Handle With Care in 1988, an occasion he loved recalling:

"Jeff Lynne called me one morning to ask if I was available to do a session. Seems that he, Tom Petty, Roy Orbison and George Harrison were all hanging out at Bob Dylan's house in Point Dume and had written a song to use as a B-side for a European single for George. It had a drum machine on it but it needed spicing up with some drum fills and could I go over that afternoon to Quincy Jones's studio to play said fills. Of course I said yes and did that exact thing, playing tom fills on the song, Handle With Care. Mike Campbell was also there adding guitar parts. The only person that wasn't there was Dylan. When George took the finished song to Warner Brothers, they said it would be ridiculous to waste this as a B-side and how about doing more and putting an album out? And so the Traveling Wilburys were born.

"I never did get paid for that session. At least, in cash. But I had spent part of my honeymoon at George's place in Maui and I do have a Traveling Wilburys platinum album on my studio wall, so I think that's payment enough!

In the late Nineties, Wallace relocated to Nashville, basing himself there for several years, and becoming one of the most popular British expats in Music City, USA. Looking back on his time in the music industry, which included tours and sessions with David Lindley and El Rayo-X, Crosby, Stills and Nash, Don Henley (for three tours), Jackson Browne and Procol Harum, and an unusual engagement as one of several drummers performing at the World Cup USA 94 final at the Rose Bowl in Pasadena, Wallace reflected, "I think I've remained friends with just about everyone I've worked with."

He released his first solo album, Happiness With Minimal Side Effects, in 2003. That year, he replaced the drummer Michael Giles and joined the King Crimson alumni Mel Collins, Ian McDonald and Peter Giles, along with Jakko M Jaksyk, in the 21st Century Schizoid Band.

A drummer with an unusual style since he was tall, left-handed and had long, powerful arms, Wallace was held in high esteem by everyone he worked with. Don Henley, in particular, told Modern Drummer magazine, 'I like the way Ian plays. He plays simply, although he can get very complex. He can play jazz very well. He's one of the few drummers I know who doesn't rush. I just like his style. He's also very good at programming. He's a hell of a nice guy and a hell of a drummer.'

Wallace loved cooking, keeping up with the results of Liverpool Football Club, and hanging out with other drummers such as Peter Erskine, Jim Keltner and Earl Palmer. When asked what was most difficult about playing so many different genres of music, Wallace said easily,

"The ability to convey a musical idea with one note instead of a thousand. If you want something to be real, then it's all difficult unless you are in the "zone". And getting there is the hardest thing in the world because that's up to God."