The Sacristy and its Hidden Jewel

A Revelatory Look into the Organ Registration of AWSoP 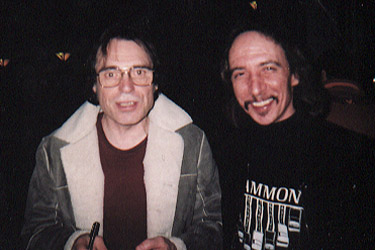 It was with some trepidation that I embarked for Croydon this past March. The situation on our pleasant sphere was becoming decidedly more and more unpleasant.

Nonetheless, and with a good deal of contempt for the conflagration at hand, I departed for ye olde towne of Croydon.

A note here about this article. After years of confusion and debate, the mystery of A Whiter Shade of Pale and its contemporaries in sound will be revealed. There are some artists who will not give up the trademarks of their Signature sound. Jan Hammer is highly guarded about the settings and methods he uses to achieve his incredible guitar sounds on synths. Jimmy Smith and Jimmy McDuff, older Hammond jazz players, are also notoriously recalcitrant about offering their secrets.

It was with this in mind, that I approached Matthew Fisher at the Palers' Party following Procol's Lewisham gig with my insolent question about his secret sound. I was aware of what I had to do. Matthew came up to me first strangely, and said hello. Flabbergasted already, I made a keen attempt at remaining calm and shook his hand. The hand alone, the hand that made me want to learn how to play, was offered in friendship and in the spirit of the event. After initial amenities, I made my desire known. 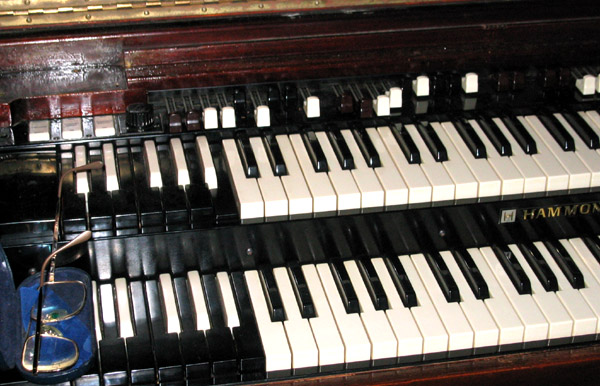 I felt as if I was about to break into the Sacristy of a centuries-old cathedral and steal the chalice from its revered place of hiding. I prefaced it by saying that perhaps I was out of order to ask about the secret settings.

I already knew that the upper manual was set to 6886 using the B preset to the left of the manual. The percussion settings were the mystery. After years of trying to emulate it on my own Hammond, getting close but never getting it perfect, he offered that indeed it was set to 6886.

The "Touch-Response Percussion" feature is controlled by four tilting tablets at the upper right side of the manuals. Percussion is available only on the upper manual and only when the 'B' preset key is depressed. The four tablets (from left to right) select Percussion on or off, normal or soft Volume, fast or slow Decay, and second or third Harmonic tone quality. Percussion tones are produced by borrowing the second or third harmonic signal from the corresponding manual drawbar, amplifying it, returning part of the signal to the same drawbar, and conducting the balance of the signal through push-pull control tubes where its decay characteristics are controlled. The Percussion signal is then combined with the signal from the manuals and pedals after the vibrato circuit but ahead of the expression control. The control tubes are keyed by the eighth harmonic key contacts and busbar. 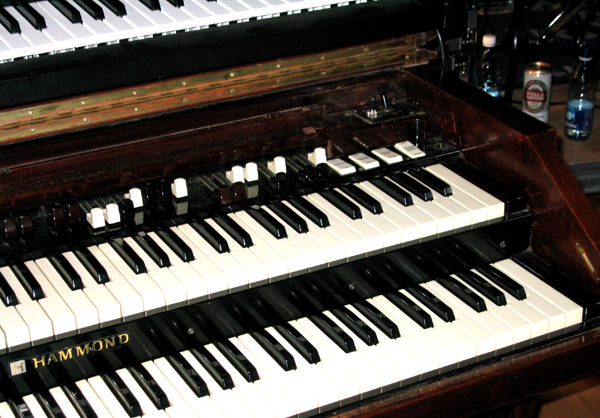 Matthew was surprisingly eager to reveal the long hidden numbers to my waiting ears. He started with the 6886 registration and proceeded to offer, without my asking, the percussion tab settings. They are, for the record for and all time, as follows.

The lower manual was set using the B flat preset on the left.

From the pictures supplied by Roland on this page (taken directly after Matthew had played A Whiter Shade of Pale on his own C3 (1963, No. 89617) at Milton Keynes on 16 March 2003), it appears to me that Maf's C3 was refinished. Look at the lacquer on the body of it. Also it is one of the later Hammonds made as it documented by the H logo preceding the word 'Hammond' on the front face of the upper manual deck.

It seems apparent that the lower drawbar registration is approximately 00443. This makes sense, as there are no brassy harmonics in his sound for these tracks where he employs the classic setting.

All being said and done, it was a moment to remember. The Secret Sound was now public domain, once and for all, inexorably set and etched in stone; to be cherished as the years turn into centuries. Let us play!