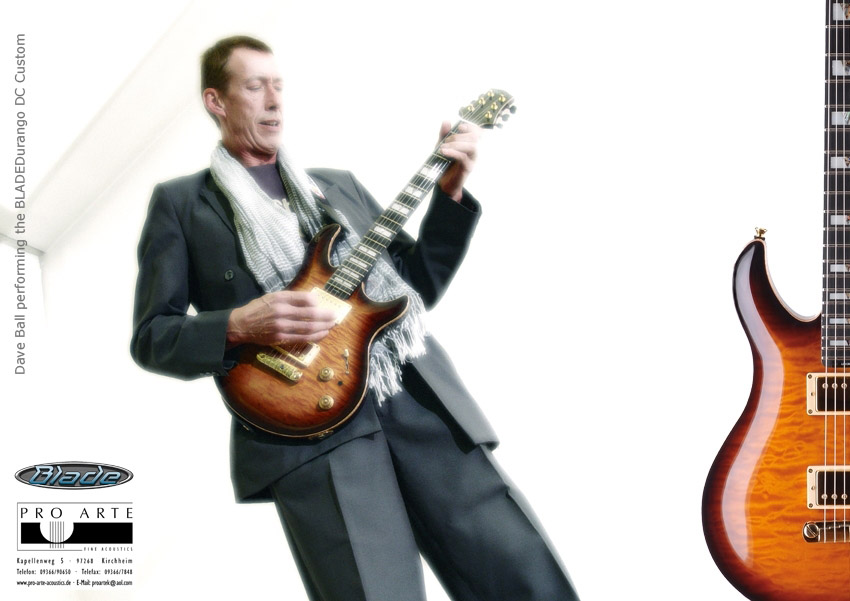 Dave kindly sent us this list of bands he's played in from 1963: the comments are his own!

In and around Birmingham:

The Madding Crowd: to Germany, 1966, variously starving and backing MacKinley Sisters around Hamburg

Ace Kefford Stand (two singles released on Atlantic Records): this was Ace's band formed after he left The Move. Personnel were myself, Brother Den and Cozy Powell, circa 1967 / 68

The band named Balls was put together by Trevor Burton (ex Move, etc. and an old friend from Birmingham days) but I never played in it. When myself and my brothers started playing in 1963 (for money!) our Dad kept suggesting alternate names for the band. In all innocence he thought we should call ourselves Balls or The Ball Boys - even the Three Balls! At that time 'Balls' did not refer to heavy music - but it still had the scrotal connotation and would frankly have been the last thing we would have called ourselves!

Various sessions: i.e. for Jonathan King ... who knows what tracks I may have ended up on!

Bedlam : with Cozy Powell [Out 31 March 2003 and of great interest to Dave Ball fans: a live - previously unreleased (or even bootlegged!) Bedlam show done in Command Studios in London: Bedlam Live 1973. The label is Majestic Rock. . The anniversary re-mixes of the original 1973 Bedlam album will follow in the summer. (thanks, Dave)]

Duffo (with Sev Lewkowicz who covered A Salty Dog)

I am sure there are more but that will be the main ones that I remember. Feel free to use any of this stuff: my life's an open book (albeit dog-eared and smutty at times!)

See the sessions list: all non-PH and non-Paramounts records (up to 1986) to which Procol Harum members contributed.

Dave Ball on A Whiter Shade of Pale

Letter to fans about Dave's music, art, and prose-writing

Chris Copping and Dave Ball were the first two Procolers I ever saw play (writes BtP's RC): they were the only two who made it to a gig in Cambridge, early 1972, following the failure of the Procol van. They gamely jammed for the whole evening with members of Supertramp, with whom PH were to have shared the bill; as far as I remember both CC and DB played piano, organ, drums, guitar, and bass in turn. One of the Supertramps played some woodwinds and rang a small electric bell repeatedly.